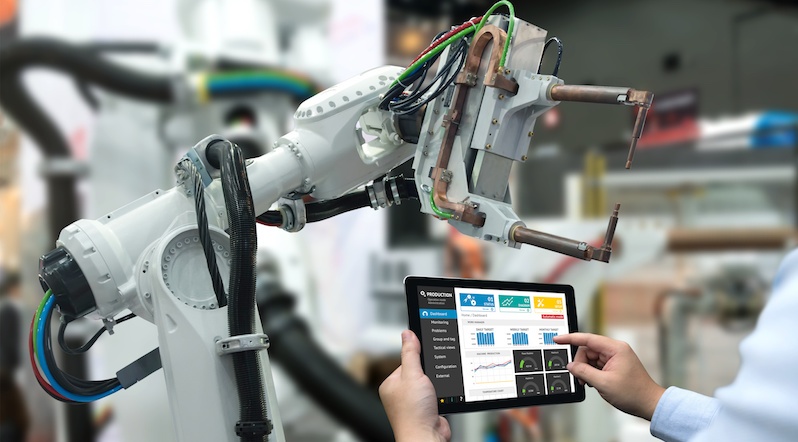 Late last year, a San Francisco politician launched a statewide campaign to raise money for a California ballot that would penalize private enterprise for embracing automation in the workplace. The website, called “Jobs of the Future Fund,” boldly states:

“The idea is simple: if an employer replaces a human worker with a robot or algorithm, he or she would pay a tax. If we can expect millions of Californians may lose their job, it is our responsibility to prepare now through a modest tax on the robots and algorithms taking their place.”

But California is not the first to raise this idea. Earlier this year, the billionaire founder of Microsoft Bill Gates said in an interview with online news journal Quartz that governments should tax companies use of robots to “temporarily slow the spread of automation and to fund other types of employment.” Gates went on to theorize:

“Right now, the human worker who does, say, $50,000 worth of work in a factory, that income is taxed, and you get income tax, social security tax, all those things. If a robot comes in to do the same thing, you’d think that we’d tax the robot at a similar level. Certainly, there will be taxes that relate to automation.”

It’s a striking position from a man whose company made Excel the dominant spreadsheet in every office in America. Within eight years of Excel’s introduction, it contributed to the elimination of hundreds of thousands of clerks and accountants in every company of any size throughout the world. But his idea is not totally theoretical - earlier this year EU lawmakers considered a proposal to tax robot owners to pay for training for workers who lose their jobs, though legislators ultimately rejected it.

A detailed report on automation released in late November by global management consultancy McKinsey & Company made the bold prediction that “Automation could kill 73,000,000 US jobs by 2030.” In our research at Kenco Innovation Labs, we don’t think the number will be quite this high, but like McKinsey, we are in full agreement automation will certainly contribute to significant job loss. An interesting prediction to be sure, but there is a silver lining.

Since the founding of our country, Americans have a rich history of using automation to make jobs easier.

Innovators like Eli Whitney (inventor of the cotton gin), Henry Ford (father of the assembly line), and Jeff Bezos (founder of Amazon – a world leader in robotic automation) and literally hundreds of thousands of other business leaders regularly find new ways – both simple and complicated – to make work easier.

Today when most of us think of modern automation, grand images of million-dollar robots with giant arms completing complex (even dangerous) tasks in an automotive plant or complex warehouse fulfillment using automated storage and retrieval systems (ASRS) immediately come to mind.

More often than not, automation is much simpler and far less frightening. Simply defined, automation is any process or procedure that can be performed without human assistance – like moving a box through a warehouse on a conveyor belt or using Microsoft Excel to re-calculate complex annual budgets.

The continual and ever-evolving trend of self-service and automation has indeed made some occupations obsolete. For example, grocery store customers have been accustomed to bagging their groceries for at least a decade. Restaurant chains such as McDonald’s and Panera Bread have been rolling out kiosks allowing customers to place their own orders. And for the last seven years, Home Depot has a self-checkout lane in every store. Which is why the California proposals and ideas put forth by industry leaders like Bill Gates are disturbing to those of us in the supply chain.  Would legislation consider our forklifts and conveyor belts as automation?

Since the dawn of manufacturing, business owners have always looked for ways to automate processes.

Why didn’t critics like Bill Gates or California politicians object when airplanes started using autopilots or the US Postal Service implemented mail sorting machines? Just because the implementation of modern automation can at times use robots that look like humans doesn’t justify the need for taxing automation. 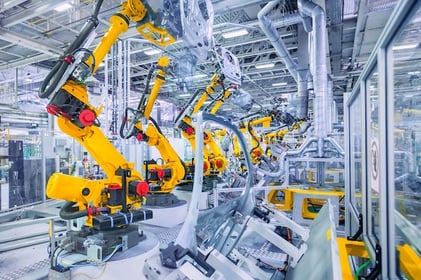 This is particularly alarming because most supply chain automation investments are far more complicated than simply replacing humans. Many are in direct response to providing better worker safety. Some of our initiatives are focused on automating highly repetitive tasks that don’t fully engage worker potential, which eventually leads to high turnover in those roles. And when testing supply chain software solutions, it’s a common practice for IT departments to utilize special software allowing developers to simulate user keystrokes rapidly – eliminating the need for these highly paid professionals to perform menial tasks far below their skill level. Automation isn’t simply about replacing humans – it’s most often a response to make their jobs better.

Much of our investment and research into automation is a response to find a consistent labor force – a variable critical to meeting customer needs. For example, at the time of this writing Kenco has 448 open positions across our company – a number that always fluctuates due to seasonality, but at peak times can be as high as 800. And in a recent report by the American Trucking Association, the driver shortage is the number one issue in their annual top industry report. The ATA estimates the shortage could reach 50,000 by the end of 2017 and could even grow to 176,000 by 2026. In both cases, automation is simply a necessary alternative to finding consistent labor.

And the silver lining? In the same McKinsey report mentioned above their researcher's note:

“…like with prior waves to technological change, the adoption of new tools like machine learning and artificial intelligence will likely create more new jobs than it destroys. And more encouragingly, the new jobs that emerge will be the indirect result of technology’s contribution to higher productivity and rising incomes. These higher incomes will lead to more spending on leisure activities, education, healthcare, and other goods and services resulting in 300 million to 365 million new jobs.”

This analysis is consistent with our research at Kenco Innovation Labs – automation is not about eliminating people.

Should we tax automation?

We think this is a terrible idea as business leaders have always looked for ways to make work easier. We may not have always been called these initiatives “automation,” but that’s exactly what it was. From the implementation of the first conveyor belt to the autopilot in Tesla automobiles – we have always found ways to redeploy our human capital when automation has displaced human workers.

Never in the history of our country have automation initiatives led to massive unemployment – we always find a way to re-deploy our human capital.

And just because some of today’s automation resembles humanoid robots performing human tasks is no need to sound an alarm and respond with new taxes. The conclusion of our research, which is consistent with the research of the McKinsey Institute and many others, is that automation will only shift workers into more fulfilling, financially rewarding jobs.

I would love to hear your thoughts on the subject. Please leave a comment below to continue the discussion. Also, if you are interested in more information on innovation in the supply chain, check out this eBook. 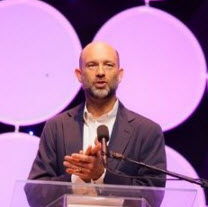