Making a Play to Motivate Employees with Tiered Accountability

While personal accountability is the norm in business, for divisions that work as a team out of necessity––e.g., your warehouse––tiered accountability makes considerably more sense.

While individuals are responsible for each step of picking, packing, and workflow, even the best performer working at his or her hardest can't undo a dysfunction that manages to slip into your facility.

To put it another way, think of your team of employees like a football team: the quarterback may get a lot done, but they can't run the entire game all by themselves––they'd be overwhelmed almost immediately.

Likewise, hitting a goal is more akin to a touchdown than an entire game. Your workdays can be considered an overall "win" (great teamwork and collaborative effort), but they might sometimes fall into the "loss" column (bad communication, misunderstandings, and not hitting metric targets).

Your goal as an authority in the warehouse is to secure more wins than losses, as well as maintaining focus among your team members. Moreover, it's about understanding why we win or lose.

You Are The Coach

No team can effectively step into their role without expert guidance. They not only need initial direction but assessments: think about how many hours of footage professional football coaches watch each season. The coaches do this in order to understand what, how, and why things happen in an effort to predict future happenings. Operational leaders should consider the Gemba to be their game footage. They need to understand what is happening on the floor, and how it will affect their operation.

As a member of the team that isn't necessarily "on the field," you have a unique perspective to spot gaps in efficiency, or to find and develop opportunities for growth.

Over time, you've learned to recognize what works and what doesn't, making you uniquely qualified to lead your team to victory. You can help put efforts into perspective, explaining cause and effect models to new team members that don't have the benefit of experience yet.

One of the most challenging concepts to implement and enforce is the idea of teamwork, itself. Members of your staff will naturally focus on completing their roles, much like an assembly line, and may need some prompting to look at your warehouse holistically.

It's more difficult, but ultimately far more rewarding to work with coworkers rather than around them; using tiered accountability visuals can help further that goal.

Be transparent with your metrics––display them in an area that is accessible and available to all. For the best approach, offer both short and long-term outlooks, complete with a "goal target" illustration, such as a run chart, and place it where employees have to see it.

On top of this, we’re always revising our approach anyway. In the past, we were dictating the plays we had to run to get here: the meetings to have, the metrics to hit, and strict structure. We’ve learned a cookie-cutter approach does not work with all sites. Give them the intent they need to fill, and help them mold the tool so it makes sense (and, more importantly, adds value) for them!

...But, Your Team Still Needs a Quarterback

The best managers know how to delegate intelligently, and that means tapping promising team members to further your forward momentum. Give your staff some free rein to set up, monitor, and assess their progress on given goals: the team mentality will benefit from that trust. This will also increase ownership – when the team is reporting out on their own metrics, their own action items, this will establish ownership and increase your tiered accountability.

Always be clear about expectations and minimums, but recognize as a leader there is often more than one satisfactory path to hitting a goal. By letting them create and run their own "plays" within the workplace, you'll be empowering them to look at their positions in a new light and determine what will work best on the ground.

On your playing field, you'll have two opposing forces between your team and the goal line: your KPIs, which are part of the normal, expected gameplay, and skepticism––a slightly more challenging problem.

Leaders who haven't worked with gamification or the concept of team-led success might see your efforts as taking time away from production, rather than strengthening performance from the ground up. They want results, but like most successful business methods, they'll take time.

As the coach, it's your job to serve as a buffer to this pushback, and continue to root your team on to the goal in the interim.

Explain the cost-benefit analysis skillfully and transparently, and you'll be the hero who keeps the lights on the field––though, thankfully, far less likely to be drenched in Gatorade once you achieve your team goals. 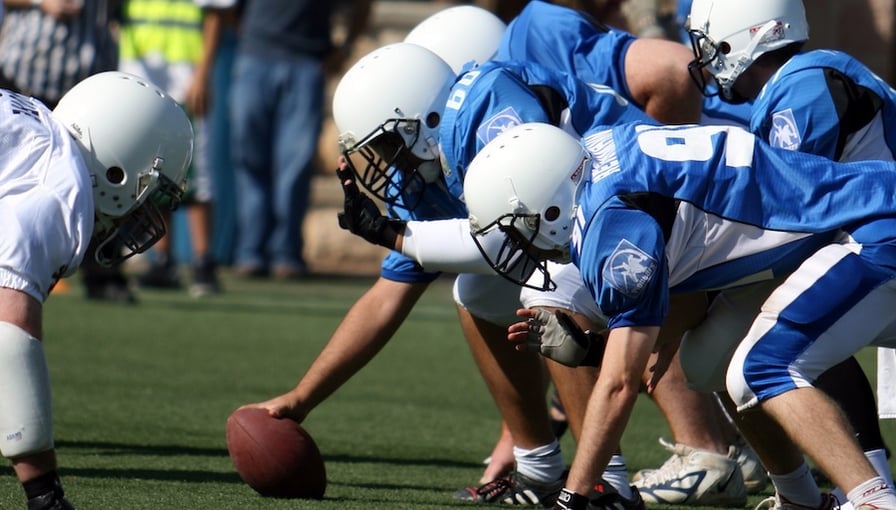 How to Motivate Your Team to “Win” with Tiered Accountability

Involve as many floor associates as possible in the development of the board, and give them the freedom to develop their own metrics alongside yours. The important thing is to get the meetings going and drive the discussion, which drives action items. Some groups will evolve to your metrics; some groups will figure out the correct metrics on their own.

You'll need to clearly explain the cause-effect relationships their actions (or inactions) have on the metrics you're tracking as a team, as well as your on-site customer. They all need to have the tools to understand when they perform X action; it will result in Y metric change.

This is one of the most critical pieces. When your team has a peer advocate, it becomes their meeting and their board, instead of a leadership tool to be blindly adhered to.

Leadership MUST attend these meetings. Maybe not every leader at every meeting, but someone at each meeting. Most impactful action items can’t be completed by an hourly associate, at least not without help and support.

You've created the plays, you've got a great team, and now it's training season. Get ready for the "big game"––successfully and consistently meeting your KPI goals––by doing some research before you hit the field: read our WERC 2018 report for valuable, actionable insights that will ensure everyone on your warehouse team becomes an MVP.