Seeking out opportunities to partner with startup companies, other labs, and innovators in various industries are some of Kenco Labs’ main focus points. In early Q1 of 2017, Kenco Innovation Labs participated in the Chattanooga Spirit of Innovation Awards and were presented the opportunity to sponsor the Chattanooga STEM School FabLab. Each quarter the FabLab requests sponsors in the Chattanooga area to give them a “problem” and they, over the course of 6 weeks, define the problem, create prototypes, and develop possible solutions.

Kenco requested the FabLab to create a visual device that would indicate a trailer is at a dock door, duration of time at the dock door, and a way to indicate to the dock manager is there is an issue with load/dock time. If you haven’t had the opportunity to read our blog from January introducing the FabLab project in more detail, please take a quick 5 minutes to peruse the article. 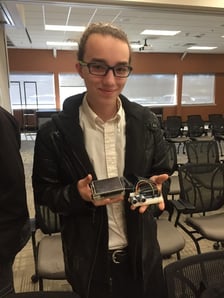 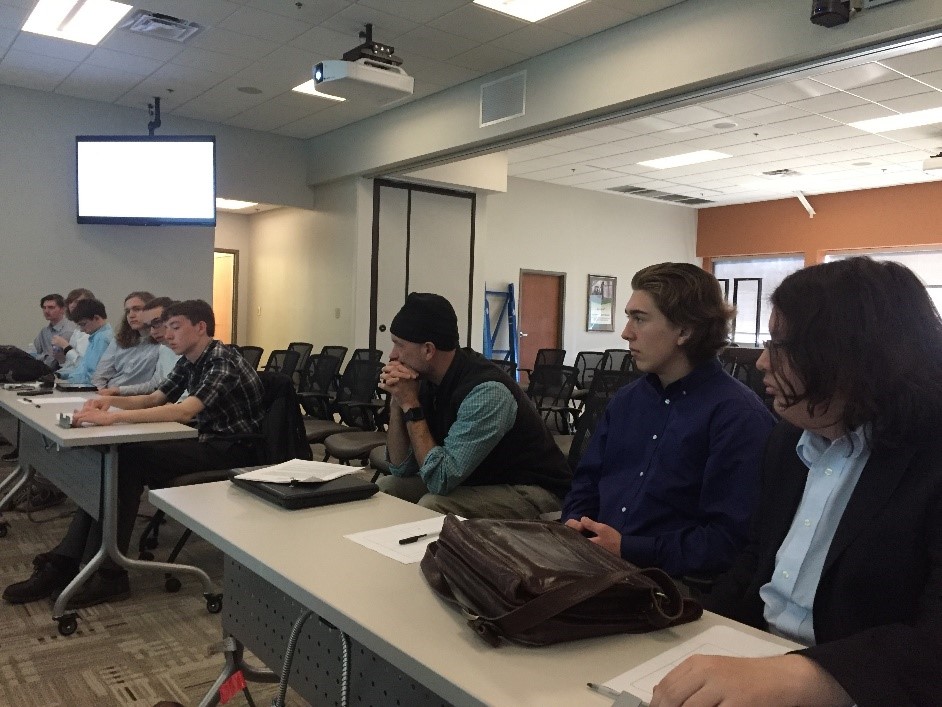 On March 16th the FabLab came to Kenco headquarters to present their projects they had been working on during the 3rd quarter of their school year. There were 3 teams comprised of 3 students each.

During the student’s presentations, each team discussed the problem/task Kenco presented them in January, the prototypes that they built, additional resources they found or suggested to implement, lessons learned, and gave results on each of their project plans. 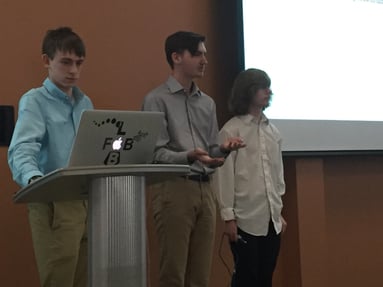 Here is an overview of the 3 teams and their prototypes:

Plan: Team 1 planned to use two sensors, one inside the warehouse to indicate if an employee had been in the dock door proximity in the last (for example) 15 minutes. The other sensor would be outside the warehouse to indicate the arrival and duration of the trailer. The information would be relayed (via an Arduino) to LED lights (red, yellow, and green) with each light being assigned a time duration/stamp. Additionally, there would be a password protected touch pad at the dock door set timers, configure timer duration, and the ability to notify the dock door supervisor via an app (similar to Discord).

Plan: Team 2 planned to use sensors in multiple areas around the dock door pushing location data to a Raspberry Pi, and the information would then be pushed to a website dashboard. The dock door supervisor would be able to view the dashboard and determine which dock doors needed attention and which doors were in the cue. The website dashboard would have an overview of all doors (in use and not in use), the door icon on the website would change color depending on the time duration, and it would additionally display the time in which the trailer was at each door.

Plan: Team 3 planned to use sensors outside the dock door (lower right side) sending data to an Arduino and then relaying information (LED lights) how long a trailer was at the location. The information obtained by the sensor/Arduino/lights would then be pushed to an onsite network, similar to Google Docs. The team performed two tests and found that ultrasonic sensors would be more effective than light sensors for this project.  They felt that using a small display connected to the Arduino would show the red/yellow/green status of the door.  They added recommendations of a weather-proof casing, admin system in an Excel type layout, usage of network wi-fi connectivity. 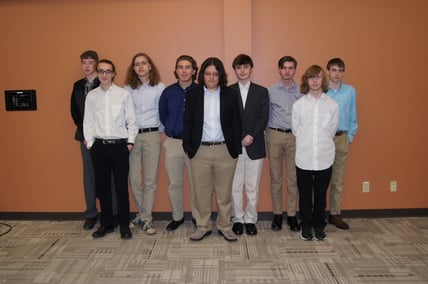 In addition to the Kenco Labs being present, there were Kenco employees from sales, marketing, & communications. All who attended the event were impressed with the information presented by the high school students, how they were able to articulate the details of their projects, and the composure they had when being challenged.

In the end, Kenco Innovation Labs feels this was a very positive collaboration. Each team brought a new perspective on the issue and Kenco will be able to take portions of each of the presentations/prototypes and utilize them in a broader solution of the Internet of Things rollout at Kenco.

If you would like to hear more about thought leadership from Kenco Innovation Labs, please check out our webinar with Adrian Gonzalez from TalkingLogistics below: 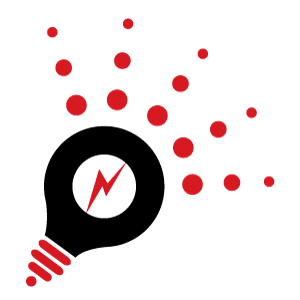 Kenco Innovation Labs is a dedicated team of specialists who identify, research, and prototype creative ideas with the potential to impact the supply chain.

Previous Article
Is There an Uber for Shipping?
Next Article
Reduce Transportation Costs With Last Mile Logistics | Kenco