According to CarrierLists.com, only 35% of respondents are ELD-compliant. With the Electronic Logging Device (ELD) mandate set to take effect in two months, we are starting to see some data and evidence that many smaller carriers are procrastinating on obtaining ELDs, which could abruptly impact pricing and capacity to close out 2017, taking full effect in Q1 2018.

Polling over 1,100 carriers small to midsize carriers[1] over the past three weeks, CarrierLists.com found that only 35% of carriers are currently ELD complaint as of 10/19/17 (less than 2 months until the deadline).

Kevin Hill, President & Founder of CarrierLists.com, found the numbers staggering. “We were talking with customers and continued to hear this reoccurring theme and simply started a tally,” Hill said. “Here we are several weeks later, and the results are somewhat astounding considering the mandate is in effect in less than two months,” he added.

During the past three weeks that responses have been collected, the response rate has stayed incredibly consistent at around 45% despite the much larger number of responses collected. While we expect this percentage to increase up to (and past) the deadline, it’s still alarmingly low considering the remaining timeframe for implementation.

According to the American Trucking Association (ATA), 97.3% of carriers operate fewer than 20 power units, and with over 586,000 for-hire carriers on file with the Federal Motor Carrier Safety Association, that means that as many as 380,000 carriers aren’t “ELD-ready” with the mandate set to take place on December 18. Given the sample size and number of carriers on file, we can say with a high degree of confidence that fewer than half of the operating carriers in the United States are ready for this change.

What does it all mean?

The larger fleets on the road are likely well ahead of the curve and have ELDs in place today. However, if only 35% of all fleets have ELDs, expect capacity to quickly tighten in mid-December. According to some publications (including a recent Wall Street Journal article), many theorize that a portion of these smaller carriers will simply leave the industry altogether.

What we almost certainly know is that rates will go up. How much remains to be seen, but carriers will certainly have a position of leverage considering the following facts:

The sky is falling, right?

Not exactly. We’re not crying “Chicken Little” here, but it’s important to understand the possible and probable outcomes in the next few months as supply and demand balance out. To put some context around the gravity of the situation, consider what happened to carrier capacity with the two recent major hurricanes, and in this example Hurricane Harvey:

There’s also an expectation that major carriers will continue to seek price increases in 2018. In Supply Chain Quarterly’s recent interview with Mike Regan of TranzAct Technologies, he specifically mentions one carrier sending a memo to their customers regarding an upcoming 10% rate increase among other topics. This is simply a new age in transportation, and rate increases are inevitable.

Glad you asked. We recommend taking the following proactive strategy as a shipper. 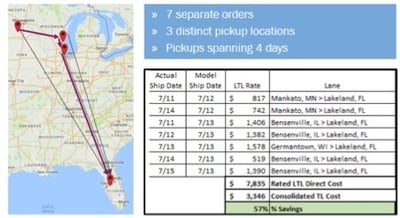 Example of Savings via Mode Shift through Multi-Stop Routing

To Sum It All Up:

Even if you are planning ahead of the ELD mandate, it is a good idea to keep your finger on the pulse of freight cost control. Read up on your options with our Freight Costs eBook, full of innovative solutions to keep your operations moving forward, no matter what the market has in store. 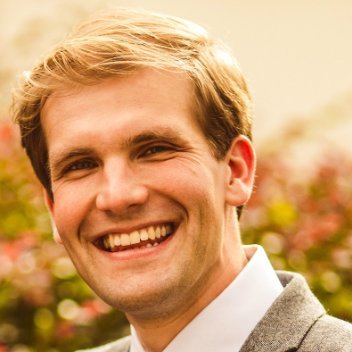