Women and Business: Why your business should take gender diversity seriously 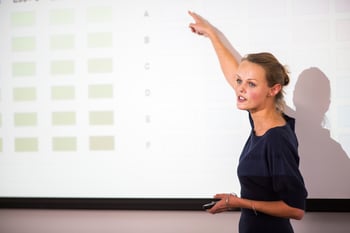 In the United States, there are more women in business and women running businesses than ever before, and that's a good thing. Gender diversity in the work-place is incredibly valuable, not just for your business, but for the US economy in general.

Typically, the gender diversity conversation revolves around the ‘soft-skills’ women bring to a business atmosphere, but here is a look at some of the hard statistics behind women in the workplace and why diversity is important:

Women are now being awarded degrees in higher education more often than men at every level. In 2010, women received:

In spite of their education and training, women are still less likely to be found in leadership roles at companies, from managerial positions to CEOs.

Over the past decade, non-profit organization Catalyst Inc. and consulting firm McKinsey & Company have been researching the Fortune 500 and other companies to see how women in leadership roles have impacted business. They found companies performed better if they had more women on their boards and in senior management roles.

Companies with at least three women on their board of directors had the greatest return on equity, return on sales and return on invested capital. Companies with more women in management roles showed 34% higher total return to shareholders. Research from both Forbes and USA Today indicates that companies with female CEOs also tend to perform better on the stock market.

Our economy depends on it.

According to the NWBC, women-owned businesses are responsible for the creation and maintenance of 16% of all jobs in the US. Women also make up 25% of our national GDP and fill more than half of all management, professional, and related positions across many fields. They have a huge impact on both the professional world and on our country’s economic future.

Yet women still lag behind men both in power and in compensation, which has an effect not only on their individual wealth, but also the well-being of American families.

The Pew Research Center has found that forty percent of all households with children under 18 are supported by mothers who are either the primary or sole source of income for her family. In the near future, women will be the main bread-winners for the majority of American families, and yet they will still be unequally represented in US business.

Given today, almost one in four US children lives in poverty, undoubtedly a focus on gender diversity in the professional world would have a great impact on the economic stability of US families and future generations to come.

Clients and consumers demand it.

Clients want to work with companies that are diverse and consumers want to buy from producers that prioritize diversity. Diversity has moved beyond a feel-good effort or a government requirement toward a type of Corporate Social Responsibility that can make a business more competitive and reputable. In fact, some clients will not even contract a company that does not have a real diversity policy that it upholds because it helps them meet their own diversity standards.

So how can you craft a world class diversity policy and be viewed as an ethical company? Catalyst Inc. found companies with more women on their board were more likely to be viewed as reputable and ethical.

Companies with more women in management tended to be more diverse companies as a whole, not just in terms of gender diversity, but across the board.

Previous Article
Warehousing Best Practices: How Close are You to Best-in-Class?
Next Article
How value-added services can make your 3PL company more sustainable