What Is IoT & How Does It Work In the Supply Chain: Infographic

What is the Internet of Things (IoT)?

While billions of devices are already connected to the internet, most of these are traditional networking devices — hubs, routers, servers, PCs, and even mobile devices. Extending beyond usual devices the IoT revolution is the process of bringing the Internet to non-traditional "things," such as pallets, lifts, and trailers. 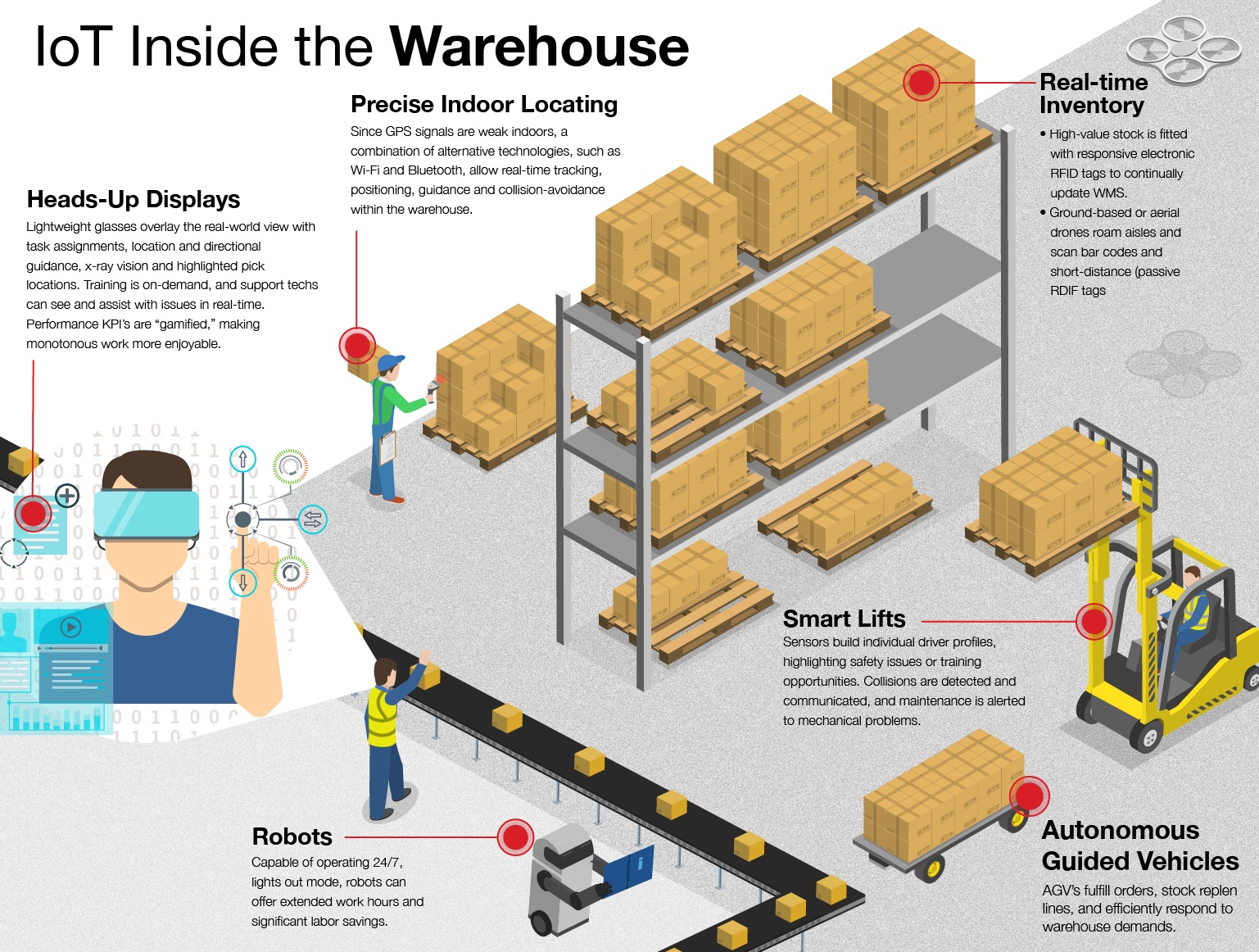 Want to learn more about IoT? Click below to access the Kenco webinar on IoT in the warehouse.

Kenco Innovation Labs is a dedicated team of specialists who identify, research, and prototype creative ideas with the potential to impact the supply chain.