The Value of Women in the Workplace

Today, there are more women in business and running companies than ever before. From 2007 to 2018, the number of women-owned businesses increased by 58% while all other businesses grew by just 12%. During the same period, total employment by women-owned companies climbed 21% while the rest of companies declined. Gender diversity is not only valuable for your business but for the overall economy.

Typically, the gender diversity conversation revolves around the ‘soft-skills’ women bring to a business atmosphere, but women offer value in numerous roles at Kenco, from our Vice President of Innovation to the many women who serve as general managers operating huge fulfillment warehouses on behalf of our clients. Below are four areas where hard statistics demonstrate the value of women in the workplace:

Women are entering the workforce with strong academic skill sets and are now being awarded advanced degrees in higher education more often than men. In 2016-2017, women earned 59% of all master’s degrees and 53% of all doctorates.

While over half of all management and professional-level jobs belong to women, they still greatly lag behind men in representation in leadership positions. In 2018, 68% of C-suite positions were held by white men. Still, 67% of women feel they need more support building confidence to feel like they can be leaders, and 76% of women wish they had learned more about leadership growing up.

Organizations with women in senior leadership roles tend to do better than companies with fewer or no women. A study from Harvard Kennedy School found teams with lower percentages of women also have lower sales and profits compared to teams with a balanced gender mix. The study also reports that profits increase as the share of women increases – up to 50%.

In a global study, 75% of respondents cite that gender diversity initiatives improved business outcomes, and nearly three-quarters of companies that track gender diversity in their management saw profits increase between five and 20%.

As of 2018, more than 12.3 million businesses are owned by women, employing 9.2 million people and generating $1.8 trillion in sales. Mothers are the primary earner in 40% of US families, and in 46% of households with a mother and a father, both are employed full time. Given that 15 million, or 21 percent, of American children live below the poverty line, a greater focus on gender diversity in the world would have a great impact on both immediate and long-term economic stability.

Yet, women continue to fall short of men in terms of power and compensation, impacting their individual wealth and the well-being of American families. If change continues at the same slow pace, the Institute for Women’s Policy Research projects it will take until 2059 for women to finally reach pay parity with men.

Diversity has advanced beyond a feel-good effort or a government requirement to a form of corporate social responsibility that can make a company more competitive as workforce demographics change and the world becomes increasingly global. Diversity enables employees to relate to a wider customer base and to develop and adopt differentiated business approaches. Furthermore, over 54% of companies see improvements in creativity, innovation, openness, and enhance their company’s reputation from gender inclusivity.

Today, some businesses will not even contract with a company that does not have a real diversity policy, and half of Americans would prefer to work for a female-led company. Yet, 20% of employees feel their company’s commitment to gender diversity is lip service. Organizations need to commit to creating a genuine diversity policy and promote more women in management to drive change.

Whether helping to advance knowledge, increasing profits, growing the economy, or enhancing a company’s reputation, gender diversity provides immense value for businesses. While there is still room from greater inclusivity, the success and continued growth of women-led companies demonstrates the opportunity for even greater accomplishments in the future. 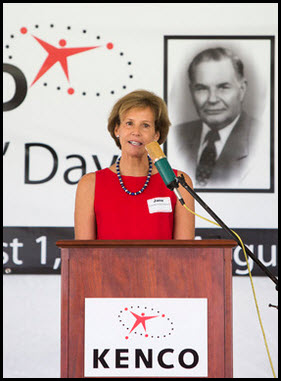 Previous Article
What Are the Top Dashboards Every Executive Should See?
Next Article
Supply Chain in the 21st Century: How to Adapt When Technology is Always Changing