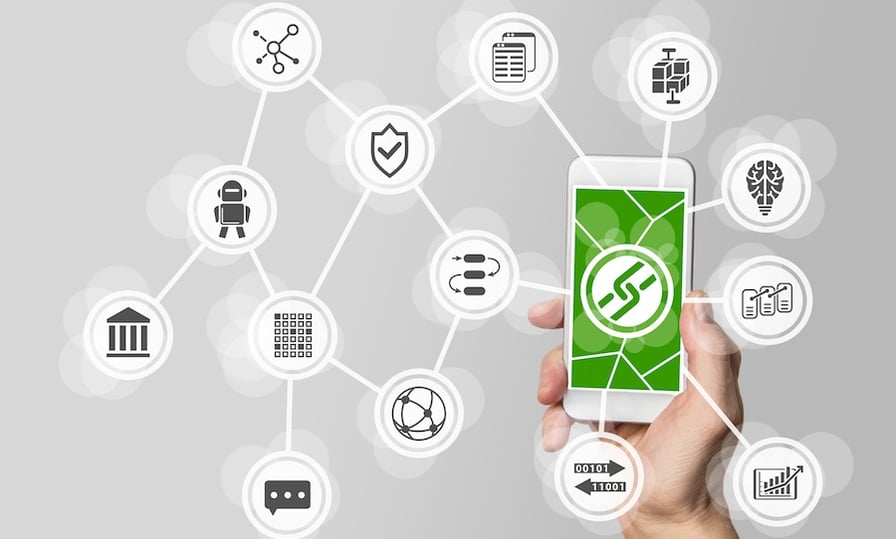 The digital currency called Bitcoin has been in the news recently as its value has skyrocketed to over $6500 per coin, with speculators pouring money into exchanges hoping to make an easy profit. As Bitcoin becomes more popular (and controversial!), the technology behind Bitcoin, called blockchain, has gained interest as well.

However, Bitcoin is not blockchain, and the blockchain is not Bitcoin; let’s delve a bit deeper into the subject.

Without digging too deeply into the technical details, here are a few blockchain characteristics that make it unique:

A blockchain can be described simply as a distributed database. Unlike most databases housed on a corporate server, a blockchain database may be replicated across tens of thousands of locations. As a result, it is highly resilient and cannot be easily taken offline.

Anytime a new transaction needs to be added to a blockchain, scores of computers around the world individually authenticate it before the transaction is validated. Once authorized, a transaction is added to the chain of information blocks and cannot be altered or removed, making it a trustworthy, unalterable record.

To incentivize more computers to become part of a blockchain network, making it more robust, members can earn tiny amounts of digital currency (such as Bitcoin) for verifying and processing transactions.

The supply chain sector is often mentioned as a prime candidate for blockchain integration. For example, consider the multitude of companies involved in the process of manufacturing, warehousing and distributing a single pair of shoes. Each link in the supply chain is susceptible to fraud, waste, and delay; to say nothing of the duplicate data and paperwork that each company must process and maintain.

Imagine the benefits of a public blockchain in the supply chain. The original manufacturer or producer adds an entry for each item; each subsequent party in the supply chain could freely access that data, as well as contribute their own information to the record. Every item would be completely traceable, end to end, and no one company could exert control over access to the information.

According to a Deloitte survey of large companies with $500 million or more in revenue, 25% of respondents expected to invest more that $5 million in blockchain technology in 2017.

In economics, the “network effect“ describes how the value of a system depends on the number of people using it. For example, the finest mobile phone is useless if no one else has a phone. Similarly, for a logistical blockchain to be useful, there must exist an ecosystem of companies willing and able to share data on the blockchain. Such a unified movement does not yet exist, but there are encouraging signs on the horizon.

Many Silicon Valley startups are building blockchain platforms to simplify access to the technology. IBM and Microsoft both are now offering blockchain solutions.

Most exciting, however, is recent news that Nestle, Walmart, Costco, Golden State Foods, McCormick and Co. and Tyson Foods are forming a consortium to research how a blockchain could benefit the global food supply chain. These companies see view blockchain as a means to reduce product recalls and improve access to information and traceability.

To Sum It All Up

The move to blockchain in the supply chain is not trivial and will take years if not decades to be successfully integrated into enough industries to prove its full potential. Software vendors will have to integrate blockchain functionality into the applications used by the largest supply chains companies, in turn creating an incentive for other partners in the ecosystem to come aboard.

Blockchain has the potential to upend the way many industries conduct business; the benefits are enticing. To see more of the new technologies we're following closely in the logistics industry, download our free whitepaper: