Blockchain in the Supply Chain | Kenco

Look into any dispute between supply chain nodes, whether it's an incorrect manifest or a more litigious issue, and you'll typically find a disagreement of facts at the core. Company A claims that they ordered a certain amount of products at a certain price, but Company B maintains the order was different. Company A claims they paid a certain invoice before a due date, but can't provide Company B with proof to avoid the late charge.

These obstacles to transparency would be quickly and easily eliminated with an impartial arbiter, but that would take valuable time and resources to put into place—or, at least, that used to be the case. The blockchain is now that impartial arbiter, and it's transforming the way logistics keeps and accesses its records.

But before blockchain can be the solution, proper regulations need to be agreed upon—which is why Blockchain in Transport Alliance, or BiTA, was formed. Kenco, along with other industry leaders, has joined BiTA to educate, promote, and develop standards around blockchain use in logistics.

How Does Blockchain Work for Logistics?

Blockchain is essentially a "crowdsourced" ledger, copied many times over through its fundamental function: chaining together digitally verified and recorded transactions. A data group is recorded on the blockchain in a group, called a block, and assigned a unique identification code, effectively locking it from being changed or tampered with in any way. That code is then used as part of the data signature for the next block of data—the "chain" portion of the moniker—creating a decentralized digital paper trail that's easy to trace and effectively impossible to alter after the fact. Because the computers used to create and record these blocks are all over the world, the blocks are copied over and over, contributing to their well-deserved reputation as being both transparent and virtually unimpeachable.

In the logistics industry, this is an incredibly valuable tool. Walmart, for example, is relying on blockchain to keep track of its cold chain for Chinese pork. This way, if a problem or recall ever arises, the company can instantly determine and isolate the source of the issue and remove it from storage or sale by matching product identification numbers to their requisite blockchain identification numbers.

For freight carriers, the benefits are even more substantial: Blockchain can record everything involved with costs and payments for limitless numbers of vendors, service providers, and even equipment used by the company.

The Blockchain in Transport Alliance (BiTA)

Unsurprisingly, forward-thinking logistics companies are eager to make use of this technology, both to streamline their own business practices and to provide better service to their customers. BiTA recognizes this motivation, and much like blockchain itself, harnesses the value found in collaborative networking.

Through a comprehensive array of benefits—blockchain-in-transport events, education, industry news, and discussion boards to name a few—the organization is furthering the understanding and practical use of blockchain technology throughout the entire logistics industry.

Serving as both an improvement center for companies already making use of the blockchain and a readily-available source of information for those just beginning their exploration, BiTA isn't shy about making a difference.

The Blockchain in Supply Chain Alliance, or BiSCA, is a natural evolution from the BiTA's original principles and extends blockchain discussion, application, and case studies into a space more inclusive for shippers that are not necessarily transport-focused. The group is operated by BiTA, and the two will likely share similar guiding principles and structures, if not merged into a single overarching set of standards.

Why Form a Logistics-Focused Blockchain Group? 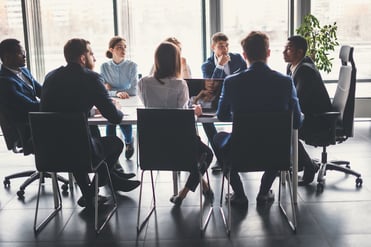 As with any new technology, the field is ripe for innovation—as well as, unfortunately, monopolization. While blockchain is fundamentally decentralized as a process, the potential exists for a single company to create and patent a useful application within the logistics sphere. This type of stranglehold would transform an inherently affordable, valuable service into another pay-to-play service scenario that might crowd out SMBs or companies that can't afford to scale costs along with chain demand volume.

The nearly universal support for the kind of open standard sets proposed by the BiTA and BiSCA indicates a healthy industry interest in preventing this from happening, thus keeping the blockchain field open to all and ultimately improving and refining logistics as a whole.

What Kind of Blockchain Standards Will Be Used?

The concept behind introducing and distributing these standards across the industry isn't to thwart innovation, but rather to support it with a strong, unified foundation.

Consider, for example, phone chargers: micro USB, mini USB, USB-C, lightning cables of various generations—this type of charge port variety exponentially increases the variables a charger manufacturer needs to design for. This, in turn, slows down potential innovations and artificially slows the growth of new, efficient chargers on the market because manufacturers have to account for each type in both design and production.

By agreeing to a set of blockchain standards, (e.g., which protocols to use, which data and data formats will be exchanged, and when and how the blockchain will be used in contracts) players like software developers and 3PLs can rest assured their breakthroughs will have traction.

This incentivizes innovation by removing the possibility of an incompatible approach: they'll know from the very first step that what works for one company is heavily weighted to work for all.

BiTA's geographical placement in Chattanooga, TN was a boon for the Kenco Group: beyond sharing a city, we understood the BiTA recognized this area the same way we do: as the center of the domestic transportation and logistics ecosystem. Having experienced their influential and helpful presence in the Freightwaves industry news sphere and noting the member roster included the likes of FedEx, UPS, Penske and dozens of other industry leaders, we realized the difference that BiTA can make for both our company and our customers.

As a 3PL, we're eager to lend our unique industry voice to the mix, participating in BiTA standard working committee for the benefit of our logistics peers. As a service provider, we know that our membership in BiTA and BiSCA will put us on the forefront of studies, events, and technology that we can use to provide the most technologically advanced approach to each and every shipment. For our partners' benefit, once the BiTA standards are codified, we'll be closer than ever to important software vendors shaking up the industry with blockchain. We'll also have unprecedented access to blockchain modalities that will keep our team and fleet moving forward—both literally and figuratively.

Blockchain is changing the way that data is stored, moved, and processed—an approach logistics has taken for physical freight since horsepower was provided by actual horses. In the dawn of an exciting tech-driven age, it's more important than ever to stay informed and ready to act: read up on Supply Chain Innovation Technology to make sure you're ahead of the wave and prepared to harness all it has to offer. 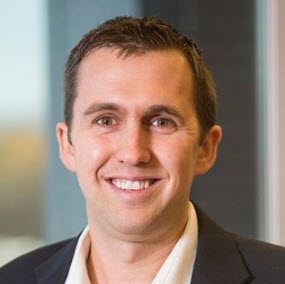